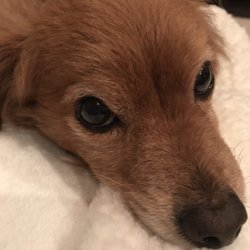 My experience with Sam was that he overbid the job. There was a leak… and more rain was coming so perhaps he thought I was vulnerable and naive. So I got additional bids for an entire re-roofing – not the partial job Sam said was needed for $12,900. What I learned through my own due diligence was that had I gone with Sam my roof wouldn’t have been under warranty because it was a partial job. When Sam called me to warn me that it was going to rain and that I needed to schedule the job I told him about the other bids and that they were thousands less for a total job – including the Spanish​ tiles he told me were labor intensive and very costly to do. He scoffed. I told him I had to go and got off before I had to hear anything else. I wrote my Yelp review to advise people to get multiple bids. But then this happened…A month after I had Sam out to look at my roof a woman called to ask what happened with their employee. I said “Sam isn’t an employee, he owns the company”… to which she replied “yes.” Honestly, I think it was his wife but she never said. When I told her what my experience was she asked whether or not the other bids I got were from legitimate roofing companies. They were… written bids from very reputable roofing companies that were detailed – and far more reasonable. She then began to challenge what was said between Sam and me even though she wasn’t there. At this point, I asked her what it was she wanted because it clearly wasn’t to hear my experience. I’ve never experienced such unprofessional behavior… honestly, makes me grateful I got additional bids.

Contact Us Today For a
Free In Home Consultation